Check out our vodcast

Can PlantX, the “Vegan Amazon” Build a Global Plant-Based Ecosystem? 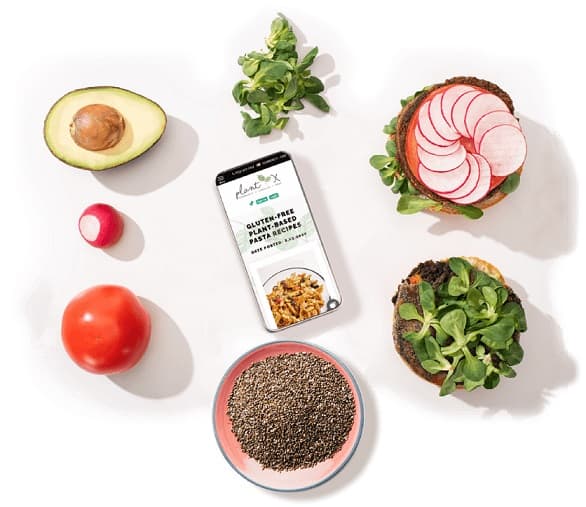 PlantX is a Canadian online community and lifestyle platform for everything plant-based. The e-commerce platform, referred to as the vegan Amazon, aims to build an ecosystem around plant-based living.

In April, vegconomist reported that the Canadian alternative protein company Modern Meat had partnered with PlantX to launch its pre-made meal delivery service. Last month, PlantX, the “Vegan Amazon”, expanded its e-commerce platform to the US, in the footsteps of Hawaiian bulk plant-based delivery service VEDGEco, the “Vegan Costco”, which expanded to mainland US in August.

Founder of PlantX is Sean Dollinger, himself a vegan and serial entrepreneur, who at the age of 17 founded a supply company that became the largest of its kind in Canada. CEO of the startup is Julia Frank, who has formerly worked for major companies like BMW and Daimler in Germany.

Development indicates that plant-based is a megatrend that steals market share from major global food services and threatens to completely transform the distribution of players in the $26 billion foodservice sector. In this context, it can be assumed that if PlantX succeeds in building a complete plant-based ecosystem for the world, it could potentially steal market shares from global e-commerce giant Amazon, as reported by Yahoo Finance.

PlantX founder Sean Dollinger already expressed his global ambitions in an interview first published in Authority Magazine. “PlantX was the idea that I moved forward with to hopefully get a whole movement going around plant-based living. In the past, I’ve run successful businesses, but never had a natural impact and that’s what we’re looking to do. It’s the ripple effect: by helping one person, it begins to spread positivity — hopefully — throughout the world.”

Worldwide…
… tens of thousands of business readers, just like you, rely on our reporting for their competitive edge in information they need to know about the markets and their competitors, the industry at large and emerging trends. Decision-makers in a total of 150 countries read vegconomist every month, the first and only global vegan business magazine. And unlike many other business magazines, we have chosen to make our content available to everyone, whether they are a CEO or a startup-owner. But we need your ongoing support to continue and expand our work.
Every contribution, big or small, counts.

You can start with as little as a $1 one-time contribution.
Thank you!

Select what news you are interested in receiving a newsletter

Check Out Our Plant Based Community

Do you want to visit our Website in your country?

After-School All-Stars provides free, comprehensive after-school programs that keep students safe and help them succeed in school and life. Students served are 91% youth of color and 82% qualify for the Federal Free or Reduced Lunch Program. Find out more: afterschoolallstars.org

Hold on for a second..

Our meals are only available for shipment throughout Canada. Would you like to go to PlantX.ca?

TAKE ME THERE NOW

Meals will be available in the US in 2021

Check Out Our Plant Based Community

Unfortunately we do not yet deliver to your address.

Enter your email to be notified when we start delivering to your address.

You can still shop our curated selection of products Shop Now.

Welcome to the PlantX LifeStyle

Log in to continue the full experience of PlantX.com!

Sign up and explore the digital face of the plant - based community!

Your Cart Clear all

No products in the cart.

Powered by Convert Plus

Cart has been replaced

Login first to save cart